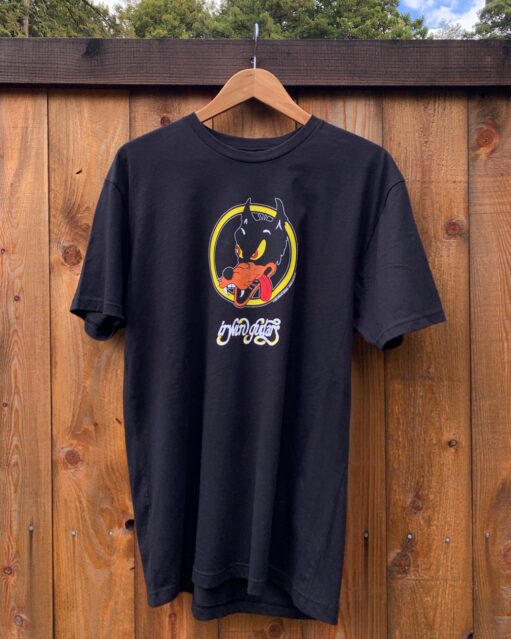 It was the mid-1970’s when Jerry’s Wolf guitar came back into Doug’s shop w/ a broken headstock. It had taken a tumble off the stage on the ’74 European tour. The instrument showed up w/ the infamous Wolf sticker & Doug was inspired to do more than just a complex guitar repair. As Doug began the peghead fix, he was compelled to scour through his secret stash of inlay materials. Before he knew it, the puzzle was in place & everything made sense. Without giving Jerry advance notice, Doug started cutting the pieces w/ his vintage jewelers saw. All by hand. Glued them into place, and there it was…the Blood Thirsty Wolf inlayed for eternity. A sweet surprise for his pal Jerry. The newly modified guitar delivered on the precipice of a new era. The Dead came back in ’77 w/ ultimate force & a few new tricks up their collective sleeve. And the Wolf would make its indelible mark right alongside Jerry’s right hand, as it will Forever.